This week I’ll take a break from talking about RecLaboratory stuff and talk about art. This week I started playing around with watercolors.

One of my favorite cartoonists, Mitch Clem, has been working with his wife(?), Amanda to use watercolors in his comics for a while. They’ve done some really cool stuff in both color and black and white. I’ve seen other comic artists do it too and I’ve always loved the effect. 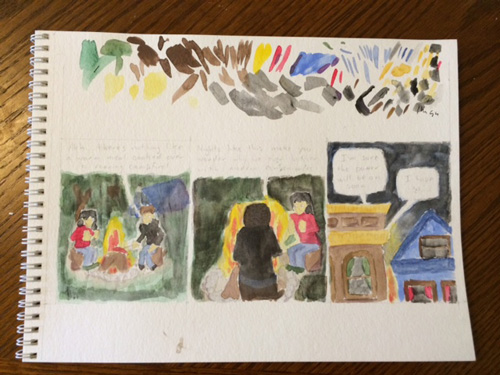 After a trip to the Walt Disney Museum, particularly the Mary Blair exhibit, with Eileen I was really inspired to try painting something so we went to the art store later that weekend and picked up some supplies. As a first project I wrote a short (questionably funny/comprehensible) comic and tried to paint that. The result was pretty cool, for my first time, and a lot of fun to do. It was a bit tricky working with watercolors in such a small size (the panels were maybe 2” x 3”) but I learned a bit and really enjoyed the medium.

Then over the weekend I wanted to do a single scene and had the idea of just doing a simple girl playing guitar on stage. After watching a whole season of Inkmaster I decided to throw a few tattoos on her, as well. I am particularly proud of the hands in this piece. Usually I just give up and let the hands sort of fall apart, especially on guitars but I thought these turned out well. I’m really happy with how this turned out and I plan to keep working with watercolors in the future. 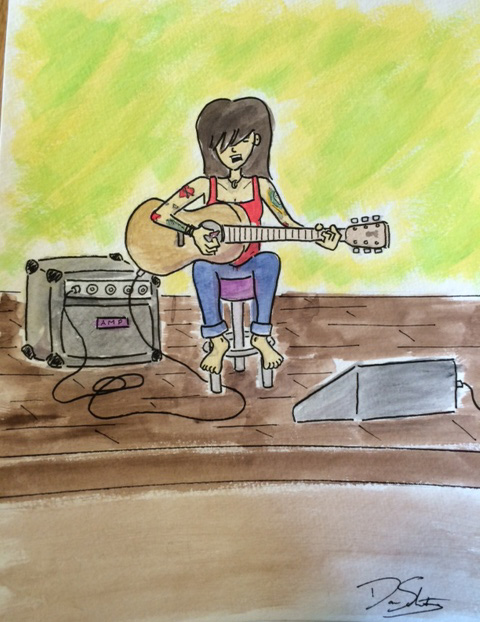